Do you have a muse that encourages you to write, to be an author and see your name in print?  Have you ever wondered how to publish those poems or short stories that just constantly whisper-publish me or do you have a file cabinet full of articles, stories or even a novel that begs to see the light of day? Find answers to these and other questions with our panel of local authors at “Write Local” on Thursday, November 17 from 5 to 6:30 PM at the Ron E. Lewis Library on the Lamar State College-Orange Campus.  Join us as we learn about writing and publishing and meet some local authors.

Panelists will include Tammee Greer, a freelance writer for the Orange Leader and blogger of Inside Tammee’s Closet.

Dr. Charlie W. Starr is the author of five books: two biblical studies, a children’s fantasy, a science fiction novel and a study on C. S. Lewis entitled Light: C. S. Lewis’s First and Final Short Story, which released a never before published C. S. Lewis manuscript. Dr. Starr has lectured on Lewis and Tolkien for two decades and has written dozens of articles, both popular and scholarly, on C. S. Lewis, as well as chapters for three books on Lewis. He is the author of several short stories which have been published in a variety of venues.

Karen Stevens writes a weekly religious article for the Orange Leader and is the founder of the Orange County Christian Writers Guild. Her all-time favorite author is Jane Austen.

Charlotte Chiasson worked for fifteen years at the Bridge City Chamber of Commerce and there she met many pillars of the community. She was intrigued by their stories and began collecting the stories for a history of Bridge City.  Her book, History of Prairie View-Bridge City will be published this month. The book includes not only interviews with families but the history of the Prairie View-Bridge City community, the school district, sports, civic groups, fire department, the bridge and road system, cemeteries, a section on Orangefield and modern day history.

Dr. Michael G. Rather, Jr. is a poet and critic who publishes under his full name and the shortened "M. Rather, Jr." His work has recently appeared in Borderlands: A Texas Poetry Review, The Concho River Review, and Suburban Diaspora. His work has also appeared in The Greensboro Review, Anemone Sidecar, Delinquent, Flyways, and Reed. He teaches composition, creative writing, and literature at Lamar State College-Orange.

Arlon Davis grew up in East Texas and still resides here. He grew up listening to the telling and retelling of old stories around the hunters’ campfire. According to Mr. Davis, some of those old storytellers were by far the biggest liars and fabricators the world has ever known outside the likes of Mark Twain. They were stories rich beyond measure and some he has put to print. His website is texasmanproductions-com.webs.com.

Come join us as local writers share what they have learned about creative writing and the different avenues they use to publish their work. 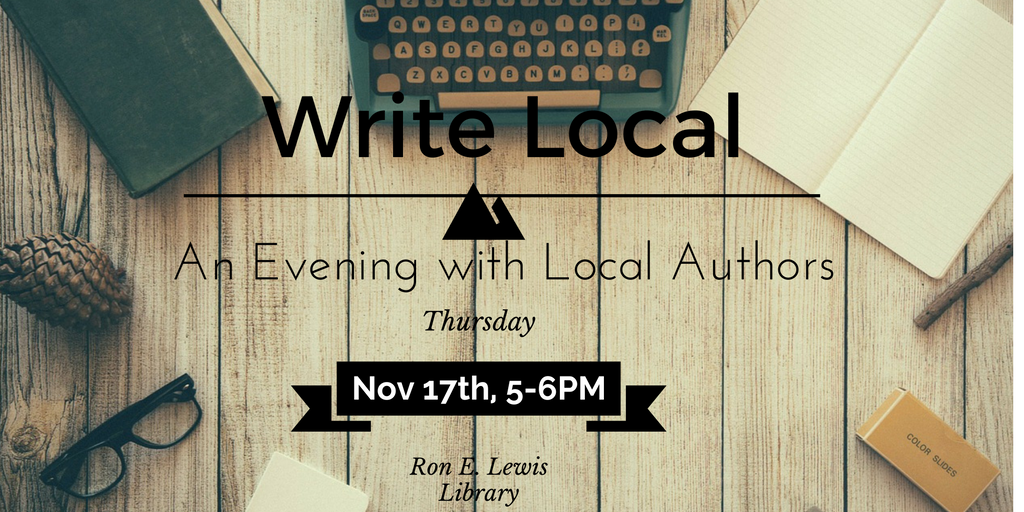 Write Local: An Evening with Local Authors
You could win an iPad ...
Seeking Stellar Student for Library Employment
Mary McCoy: Better than Google!
Coffee Cafe in the Library!

Enter your e-mail address to receive notifications of new posts by e-mail.